In addition to the rise of organized crime in America, the Prohibition Era is also responsible for spawning the gangster film genre. Our “Hollywood Hoods” series explores three early gangster genre hits and discusses their foundation in reality. Each event includes an introduction by True Crime Historian Richard O Jones and a post-screening discussion of themes, motifs and impacts.

Although he rose to prominence as a song and dance man and starred in many romantic comedies, James Cagney came to typify Hollywood’s American gangster. The Public Enemy is the film that started it. Made from an unpublished novel by two of Al Capone’s thugs, the characters are based on real people. 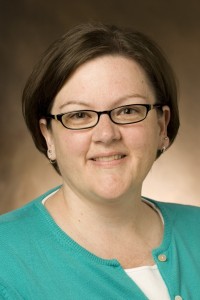 In the 1920s and 1930s big changes came to local and national businesses. As chain stores and giant enterprises sought to control the American business landscape, Mom and Pop fought to keep their place in American neighborhoods. Economic dominance was at stake in this struggle, and so was the very definition of the “American Dream.

Another exciting season of events has arrived at the Colligan History Project, exploring Hamilton in the era of John Dillinger and the interwar golden years of outlawry and gangsterism! Many local residents still remember legendary accounts of Hamilton’s “Little Chicago” years, and our aim this season is to delve into such lore to distinguish fact from myth. We’ll discover the topic from a number of angles, including Film Noir and a unique live historical performance of Dillinger himself. First up, Miami Hamilton historian Susan Spellman examines the “Mom & Pop” struggles of small businesses in the 1920s and 1930s, an era of great economic upheaval.