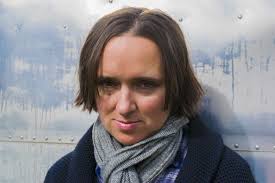 Bestselling author Sarah Vowell (The Wordy Shipmates, Assassination Vacation, Lafayette in the Somewhat United States) is widely known as a nonfiction writer, radio broadcaster, voice actor, and cultural observer. The author of seven New York Times bestselling books, she writes with humor, insight and a sense of place about American history from Puritan Massachusetts through all our major wars from the Revolution to the present, as well as the country’s music, movies, literature, current events and folk heroes. She was a contributing editor for NPR’s This American Life for twelve years, the founding president of literacy nonprofit 826NYC, a regular on The Daily Show with Jon Stewart and is a contributing writer for the New York Times.

This evening’s on-stage conversation explores the connections between the American past and present through Vowell’s personal, often humorous, and deeply original perspective, casting new light on everything from the Massachussetts Puritans, to Presidents and their assassins, and the legacy of the American Revolution.